“Through the years I have been frequently asked … how did you become affiliated with HSF? Here is a brief outline from documented information that I hope will provide the answers,” prepared by Dorothy Chlad. (Copies of some original letters are attached.)

After a presentation in Washington D.C. 1972, I was introduced to … Pete O’Grady – Director Ohio Department of Highway Safety. I explained the need for a … Nation Safety Town Center … to provide information to local communities. Could he assist in obtaining a sponsor. 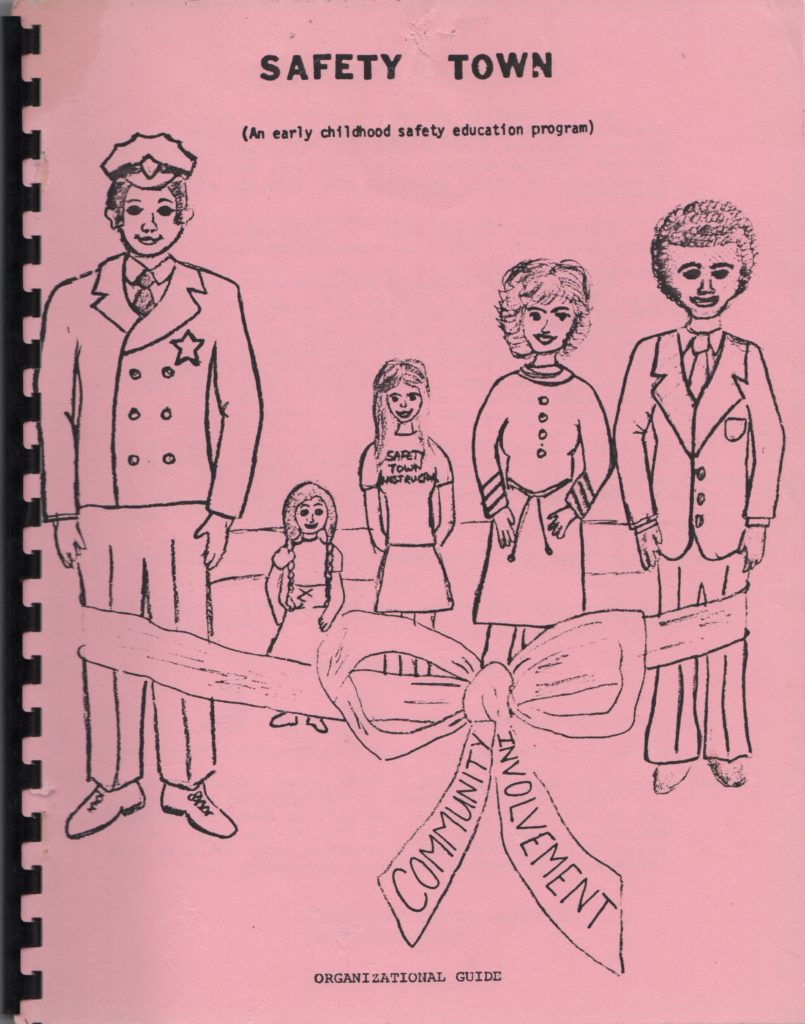 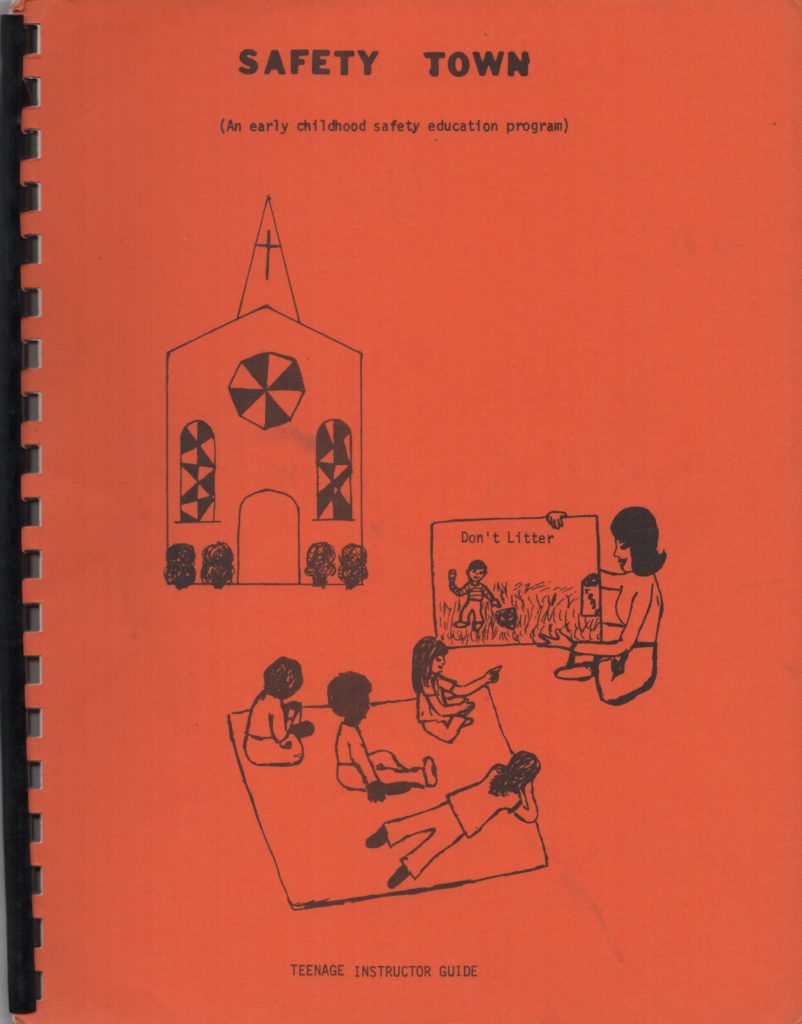 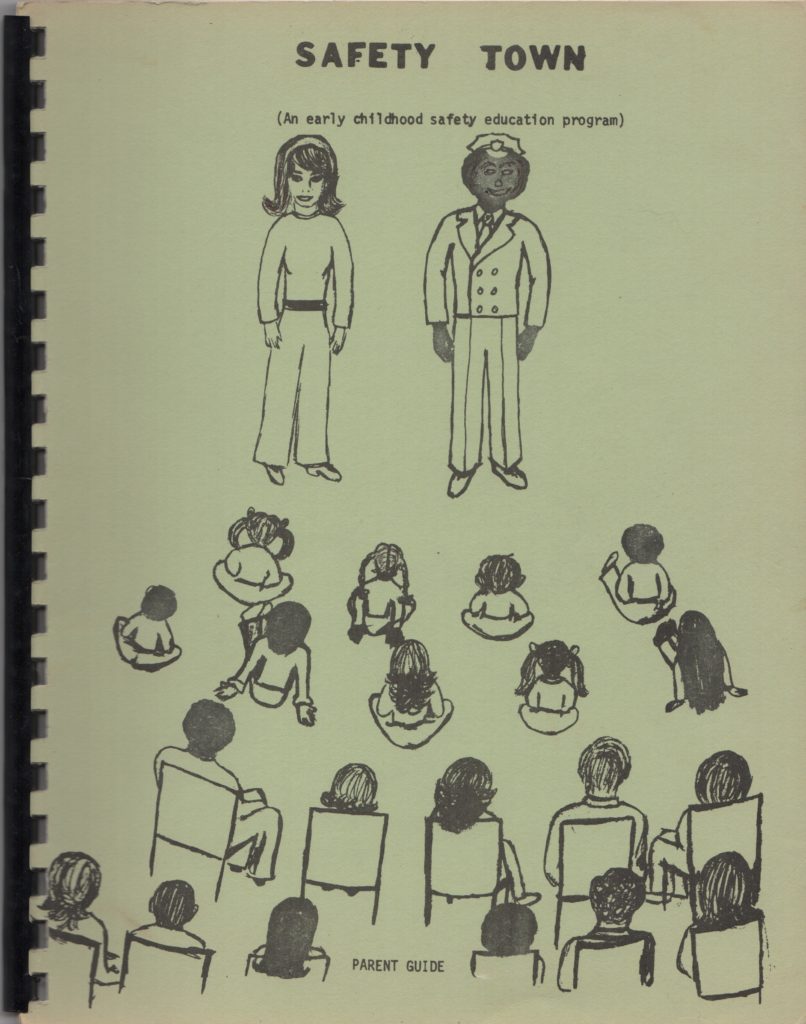 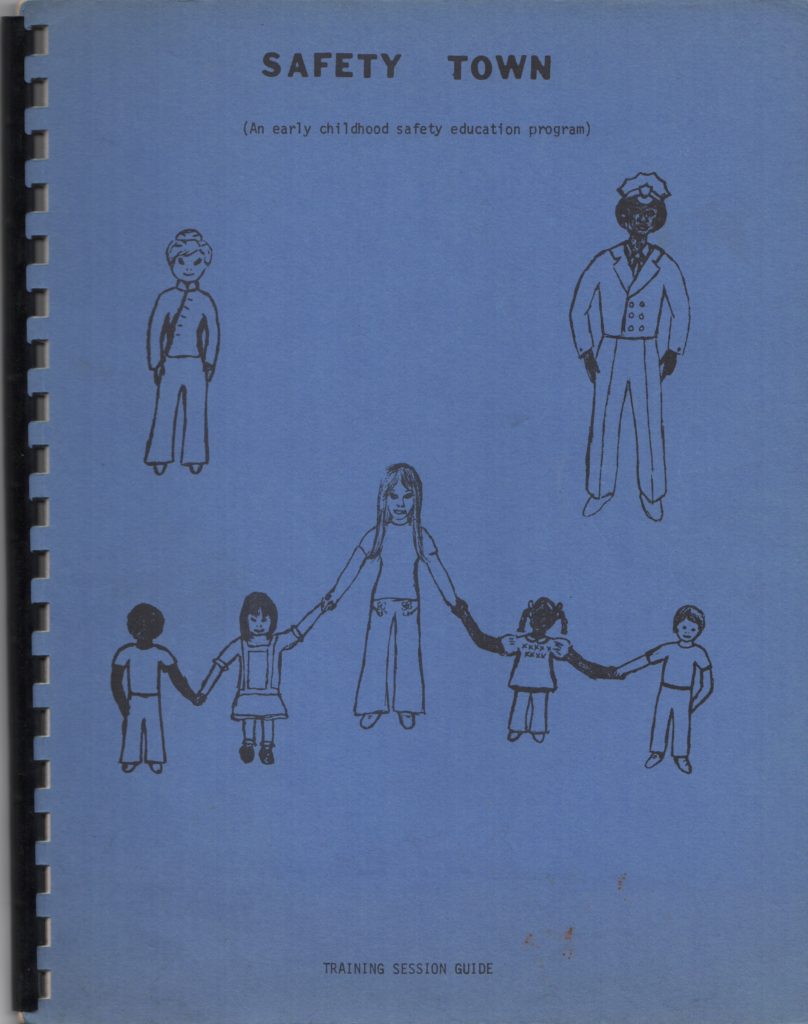 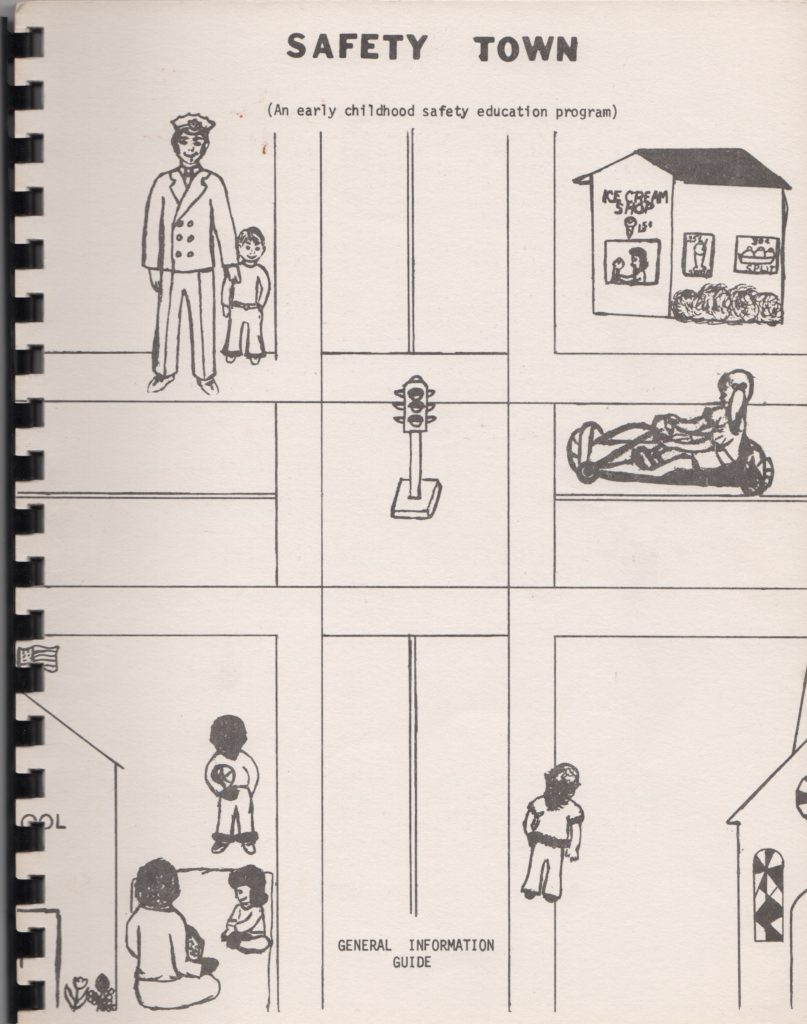 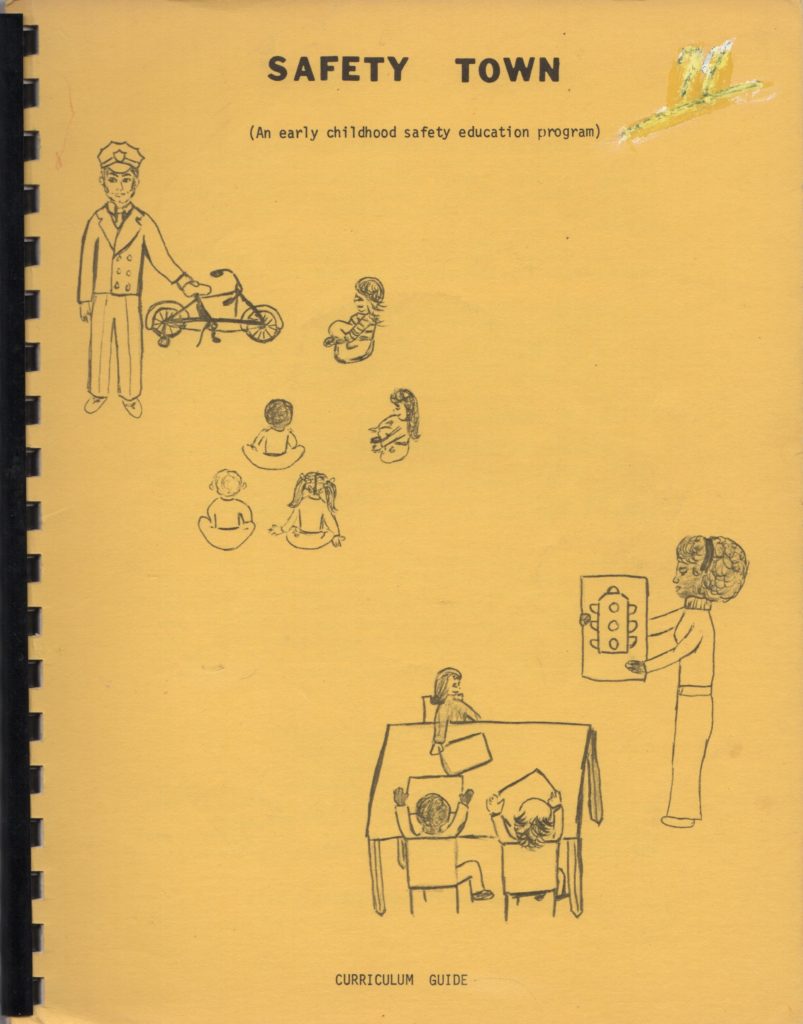 UNFORTUNATELY … April 1, 1974 … the above event – AND – the telethon were cancelled – AND – HSF would dissolve the organization!

My first question was … WHY? I was told the HSF Board Members had disagreement problems. (A few months later, I learn about the problems, mainly financial.)

NIGHTMARE #1. My husband and I spent several days/nights discussing future plans. We were advised to organize a non-profit organization and relocate to Cleveland … AND … completely dissociate from HSF, which was located in Mansfield, Ohio.

In 1973, prior to my meetings with HSF … I met Wayne Corporation officials in Richmond, IN. They provided a 4 page color ad which appeared in 3 national publications – Nation Schools –  American School Board Journal – Future (National Jaycee)… reduced pages attached.

NIGHTMARE #2. As a result of the above ad, plus the AP, UPI, magazines publicity, 2,000 – 3,000 requests were received. The HSF printer would not release my 6 guides until he received full payment. HSF would not pay.

My husband and I DID NOT want to jeopardize the Safety Town program so we obtained an $8,000 loan to receive the books, which were then mailed. (Each book had picture/personal letter from … Sammy Davis, Jr. as Honorary Chairman of HSF and included the HSF logo on the back cover … see pages attached.)

NIGHTMARE #3. After preparing information for a non-profit organization, April 29, 1974, I spent most of May/June finalizing proposals for corporat funding and loans from banks. (During this transition, I conducted seminars and meeting for local communities, etc.) Our offices were located on the 30th floor of the Terminal Tower Building, downtown Cleveland to project a new professional, business atmosphere from HSF.

On July 12, 1974 the Cleveland Press, front page picture/article, was HSF.    WOW!!!    Within the next few days, articles appeared in the Wall Street Journal; New York Times and business journals and magazines … a few articles attached.

I had arranged meetings, prior to the articles. When I did meet, the response was negative.   WOW!!!   It was impossible to get an corporate funding or involvement of any kind and we could not get bank loans. It took four years of attending business and organization events and became a member of Greater Cleveland Growth Association to be accepted, but funding was not available. Some corporations offered services and were supportive of our efforts.

Fortunately, in 1975, after several meetings with … PRUDENTIAL INSURANCE COMPANY … in Newark, New Jersey provided our initial $10,000 to cover organizational costs. They also provided printing/art services; a national training conference for our State Coordinators; funds for a slide presentation for new programs etc. THANK YOU … Joe Vecchione and Cole Lewis … for being our “rock” to develop … The National Safety Town Center … to help our children learn about safety and precent accident!

PUBLIC RELATIONS PROPOSAL for … JOINT PARTICIPATION … for TELETHON and BEYOND!

The succes of this joint venture might be repeated annually to perpetuate the positive promotional aspects for for both organizations … for the important goal … the creation of child safety education programs for pre-school children throughout the … United States and the World.

#3  CEDAR POINT INC…. By offering exposure to Cedar Point, HSF will afford a measurable return in national advertising time to Cedar Point on the tax deductible contributions from the telethon.

IF – HSF HAD NOT DISSOLVED – SAFETY TOWN would have grown rapidly throughout the UNITED STATES AND THE WORLD!

FORTUNATELY we overcame another “challenge” with the assistance of many dedicated people who believed in our efforts and continued to give us encouragement. AS A RESULT, IN 1975;

“THANK YOU – to everyone who has been involved in continuing to promote the importance of SAFETY TOWN and early childhood safety education. Your efforts have and will continue to prevent accidents to OUR precious children.” -Dorothy Chlad, 2018